“A guitarist, composer and arranger of amazing skill and breadth.”
– Frank Alkyer, Publisher of Downbeat

“Joel Harrison is writing as much as Maria Schneider or Darcy James Argue or anyone else you can think of who is presently composing for larger ensembles.”

“Add Joel Harrison to Metheny and Frisell as guitarist/ composers who have created a new blueprint for jazz.”
– New Orleans Times Picayune

“Harrison suggests the music of the future.”
– Irish Times

“One of the best composers on the scene.”
– Minneapolis Star Tribune

“Who is Joel harrison? A jazz guitarist who boldly reconfigured country music, the artist who adapted Paul Motian for strings, the African music explorer, the soloist who sounded like an Allman Brother possessed on last year’s Whipping Post…with all of the above Infinite Possibility broadens his prole even more, breaking new ground with its sheer size and innovation.”
– Lloyd Sachs, Jazz Times 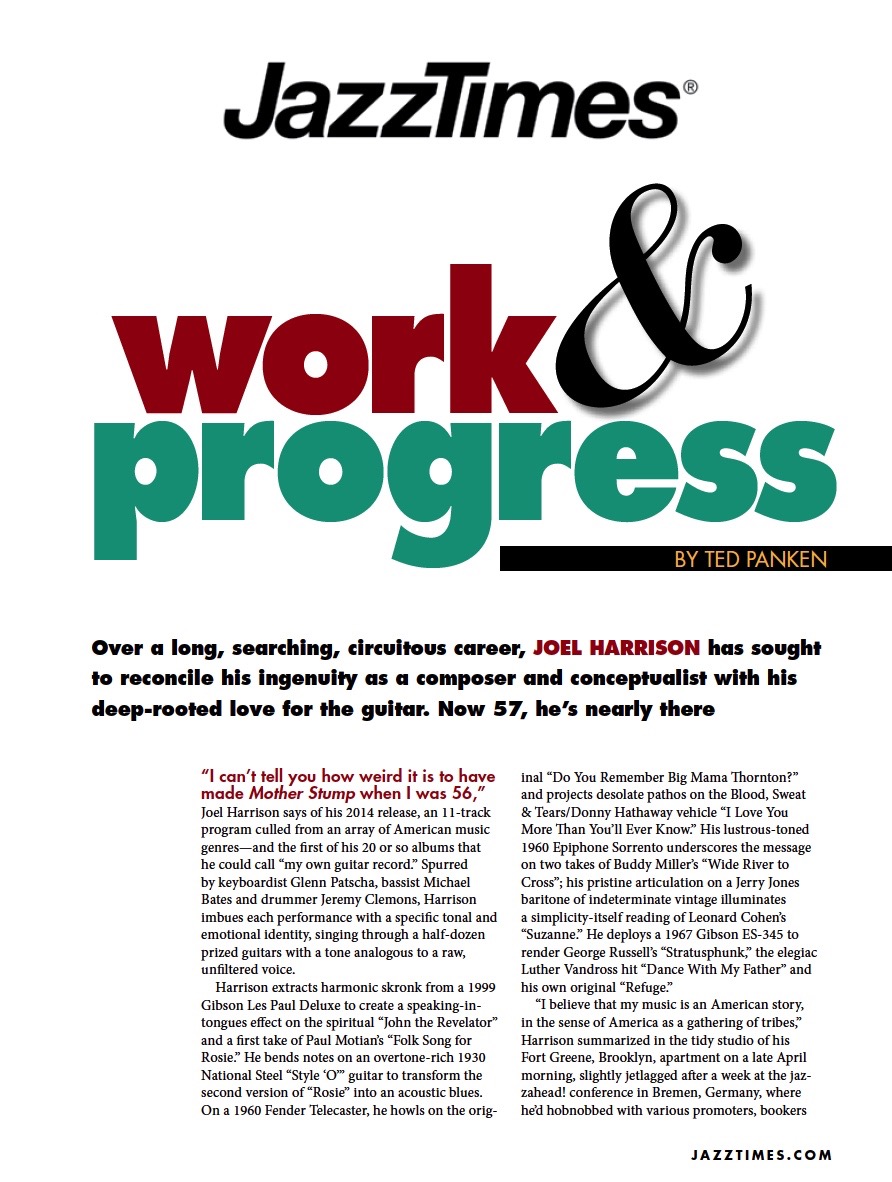 “I can’t tell you how weird it is to have made Mother Stump when I was 56,” Joel Harrison says of his 2014 release, an 11-track program culled from an array of American music genres—and the first of his 20 or so albums that he could call “my own guitar record.” Spurred by keyboardist Glenn Patscha, bassist Michael Bates and drummer Jeremy Clemons, Harrison imbues each performance with a specific tonal and emotional identity, singing through a half-dozen prized guitars with a tone analogous to a raw, unfiltered voice. 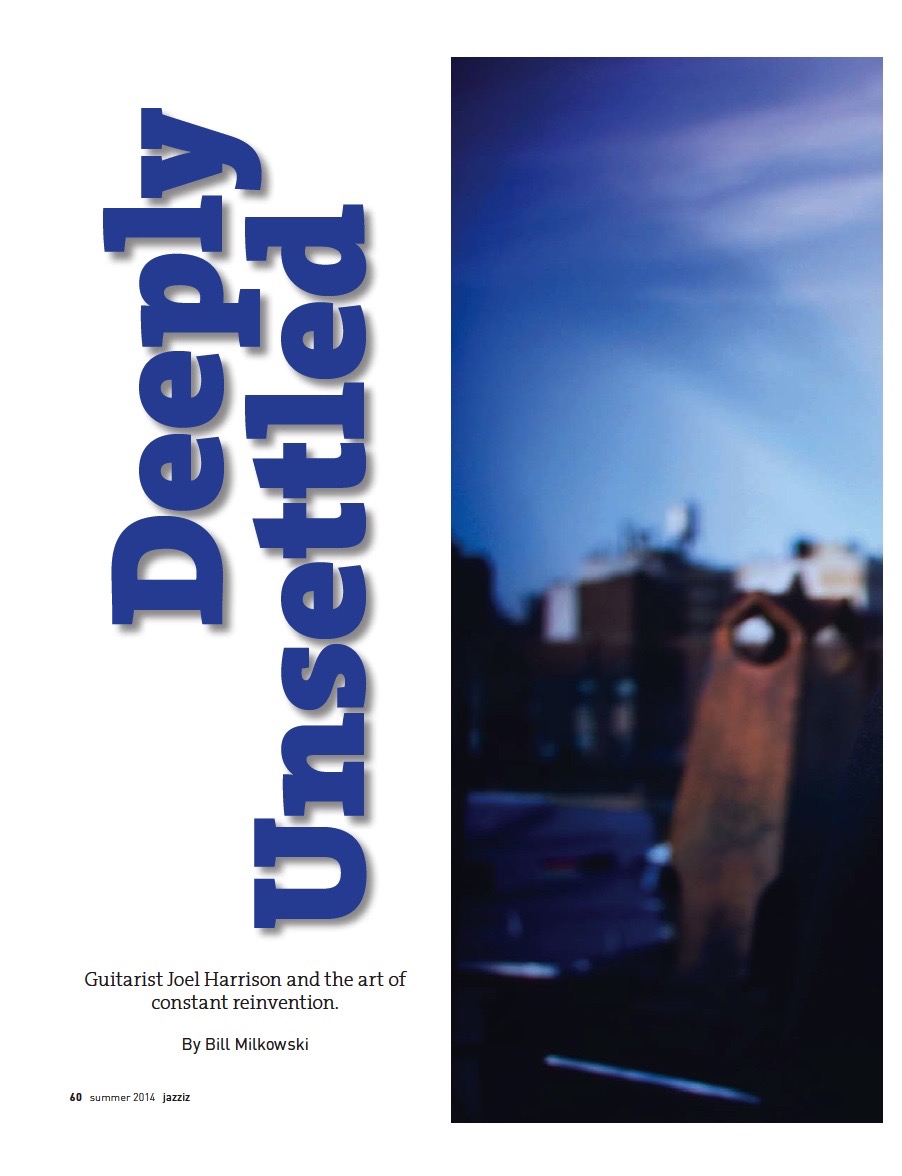 The first time I encountered guitarist Joel Harrison, he was playing in a Soft Machine tribute band. It was shortly after his arrival in the Big Apple in 1999 from a fertile Bay Area music scene that had also produced such cutting-edge talents as Charlie Hunter, Vijay Iyer, Peter Apfelbaum, Will Bernard, Elliot Humberto Kavee and Liberty Ellman, all of whom are now his fellow residents in the New York City area. Energized by the local jazz and improvised-music scene in those relatively carefree days before 9/11, Harrison’s mind buzzed as he considered the many projects he might pursue with the talented musicians he encountered and befriended at intimate downtown venues like Small’s, Bar 55 and the Cornelia Street Café. 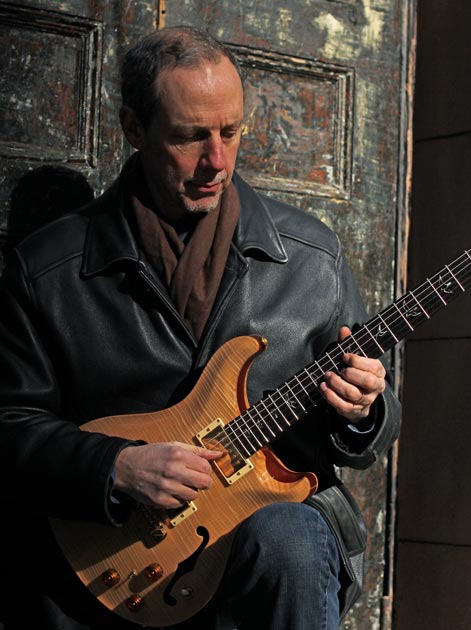 Joel Harrison frequently travels between Western and Eastern idioms—often with a Gibson Les Paul at hand. At the same time, Harrison uses his formal training in classical composition to realize his pieces using whatever nonstandard instrumentation it takes to get his message across.

At 57, Harrison has a long and deep history with the guitar. Like many of his generation he got into the instrument by listening to such prodigious rock players as Jeff Beck and Jimi Hendrix, and then delved into jazz and improvisation. He studied at Bard College under the great composer Joan Tower, graduating in 1980, and then rounded out his education with private lessons from Hindustani classical master Ali Akbar Khan and jazz guitar wizard Mick Goodrick, among other mentors. 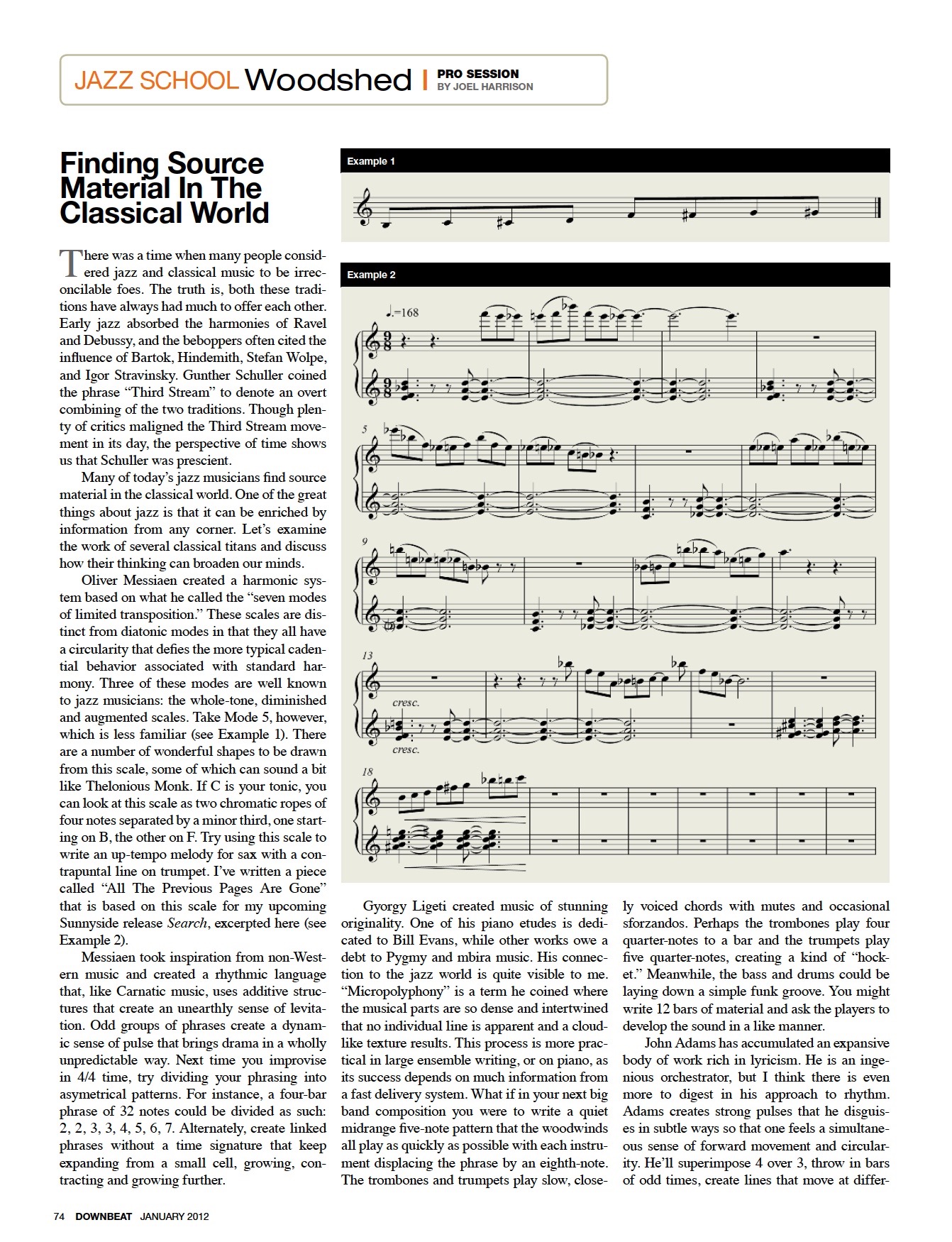 There was a time when many people considered jazz and classical music to be irreconcilable foes. The truth is, both these traditions have always had much to offer each other. Early jazz absorbed the harmonies of Ravel and Debussy, and the beboppers often cited the influence of Bartok, Hindemeth, Stefan Wolpe, and Igor Stravinsky. Gunther Schuller coined the phrase “Third Stream” to denote an overt combining of the two traditions. Though plenty of critics maligned the Third Stream movement in its day, the perspective of time shows us that Schuller was prescient.